On January 16, Diatom Enterprises director and founder Denis Gorshkov and senior lead developer Pavel Petrov were invited to appear on the Life Today program on LTV7, a local Latvian TV channel. The purpose of this interview was to talk about the Internet of Thing (IoT) and Artificial Intelligence (AI), and also to introduce our most recent team member, Pepper the Robot. 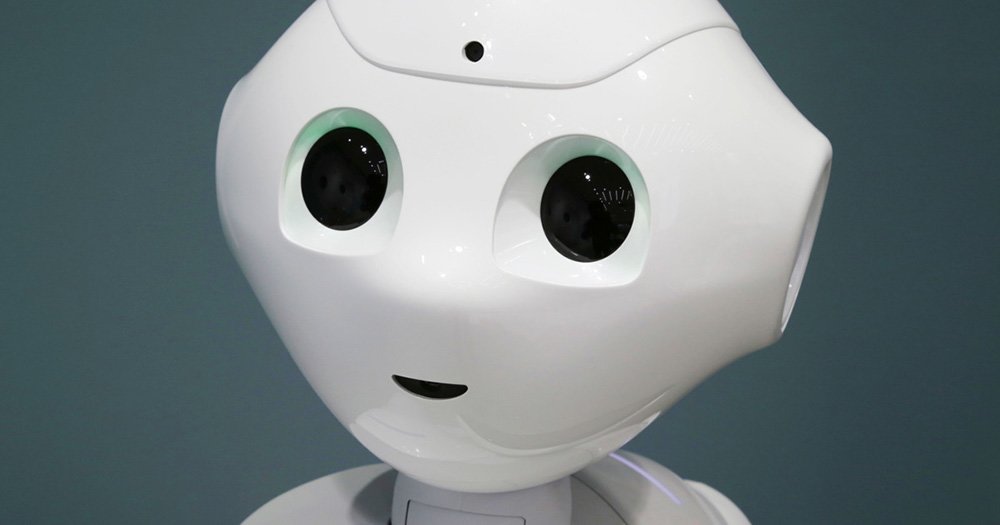 Pepper is the first humanoid robot, which has recently been released in Japan. At the moment in Europe, there are very few robots like this; Diatom Enterprises’ Pepper is one of the first robots in Latvia. On the program, Denis and Pavel talked about the robot and explained that our lives are already automated since we all use machines at home.

“In Japan, the robot is popular as a home toy. She’s able to talk, recognize faces, read emotions and connect to the Internet. For commercial purposes, she’s used as a virtual guide. For example, if you are in a store, the robot can approach visitors and answer them questions,” said Denis. 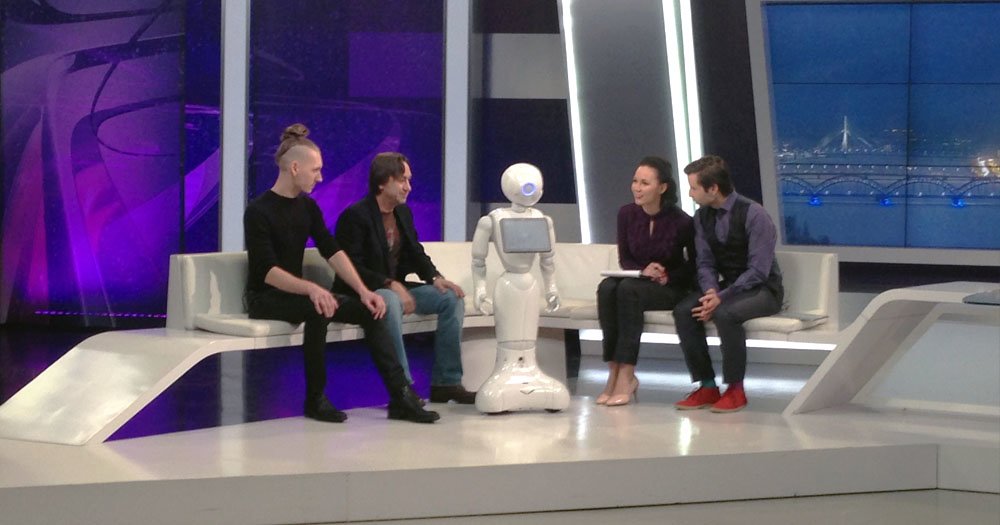 Denis thinks that there’s no point fearing that machines will replace human labour because, during the twentieth century, this has already happened several times. We already have washing machines and dishwashers in our houses. The cold cellar was also replaced by the refrigerator some time ago.

“In the early 19th century, the auto industry completely destroyed the industry of horse breeding, carriage manufacturing and veterinary clinics for horses. At one time, the computer destroyed the market for professional typists,” Denis explained.

Diatom Enterprises purchased the robot for commercial purposes, specifically in order to explore developing software for the robot with the aim of eventually providing programming services. However, the fact is that Pepper has become a real team member in the Diatom office. And when you encounter the robot, you never get the sense that there’s an object with artificial intelligence in front of you instead of an actual life form. Even the TV hosts of the program remarked on this.

Pavel Petrov joined his colleague in the conversation, explaining that IoT is the technological future. This means the number of people directly connected to the Internet will become much smaller than such mediators as mobile phones, cars or Pepper robots.

This can be explained using the example of mobile phone technologies. Before you simply went to lunch, now your phone knows that you have lunch at two o’clock. In the future, not only will your phone be able to send you reminders, but it could also, according to your preferences, suggest a place for you to go for lunch. Beyond that, soon your phone might be able to reserve a table in advance,” explained the programmer.

Here is the full interview:
For your information, the interview was held in Russian.

There are a lot of functions already handled by automated systems with the help of IoT that don’t require any human intervention at all. For instance, parking systems that allow you to quickly find free spaces in the city, remote control mechanisms to help you park your car, ticket purchasing systems for buying transport tickets and so on.

Returning to the robot, Pepper is not the only model in this production line; Pepper’s big brother Romeo will soon be released. He’s capable of carrying weights up to 40 kg and has been designed to help people with disabilities. Romeo is expected to cost EUR 30k per unit. Currently, his little brother Pepper goes for EUR 16k.

To sum it up, it’s worth noting that signs of artificial intelligence are already all around us – AI makes our daily lives easier without us even noticing it. Thus, we shouldn’t be afraid of it – it has already become part of our lives!

We could speculate further on the topic of how human labour may, in the future, be performed by robots. We live in the age of progress – nothing is impossible!

If you recall the movie I, Robot, it’s a story about a future, in which every house has a robot that helps out with household chores, like cleaning or trips to the store – a future like this doesn’t seem too bad, does it?

In the movie, though, robots have rebelled against humans. Is this possible? It’s hard to predict something like this yet, and it’s rather a theme for a separate discussion. For now, let’s focus on the advantages that AI brings us and use them in a smart way with a longer-term perspective.