While at high school, I had been assigned to make a two-person game in Artificial Intelligence studies based on chess figure – knight, where one player is human and other is a computer on 4×4 field. Also, you can’t step on the same field where you or computer has already been. At first, I had to do that by hand – get all possible moves. After that, I needed to make a working example and I did it in Ruby.

In this article, I’ll be explaining basic things, such as:

I will start off by explaining some essential theory which you might already know, if so – skip to the next chapter.

How does a chess knight move?

If you ever have played chess, then you know that knight can be a very powerful and dangerous piece on your chess table. From all chess pieces, the knight moves the most unusual way. It can move to a square that is two squares horizontally and one square vertically, or two squares vertically and one square horizontally. So, if the knight has space, it can move 8 different squares from its current position.

Let’s start by explaining each word as it is. Artificial means not real, fake, made or produced, that is mostly self-explanatory. Intelligence, on the other hand, has a quite harder explanation. It could mean huge knowledge, the capability to learn something, it is associated with secret agencies and government itself and so on. But how these words are combined in IT science? In my opinion, Artificial Intelligence is the capability of non-living things to think, learn, analyze and then act based on the information and/or situation.

Nowadays, you can see movies full of A.I. robots, planes and other things which can do amazing things, but the situation in real life is quite the opposite, at least in full-scale robotics. There are self-automated cars and planes, but making human-like robot is only in future. That is because, first of all, robots should be able to learn – and how do you learn? By experimenting, doing things and so on. But what makes you understand that you have learned/succeeded? It is the result itself. For example, you see fire, you touch it and it is hot, it burns you and you decide not to touch it again. But how would a robot know that? It doesn’t feel the pain, doesn’t have conscious to tell good and bad aside. That is why A.I. needs some kind of data to be based on.

Why am I telling all this? Quite simply, to play against the computer, it should know what to do, how to react on your moves and decide the best possible move. That is why we, the programmers of a new world, need to write some gibberish code to guide our fellow computer friend in the world of unknown. But then raises a question – hey, you programmed it, that doesn’t make it A.I. – self-thinking. That is true, but think of your favourite FPS game where the computer could play against you, it is the same, but they act like humans, don’t they? It is how you programmed it – make it very complex, evolve the code and maybe, someday it will start writing code for himself(itself). So, to play against my knight-computer we need to tell it how to play. In my assignment, I needed to use the minimax algorithm for computer decision making the process.

Recursion is a programming concept, which, by its idea, lets function call itself. It is pretty easy to understand, however, implementing such a concept can get you some headache, because it has a high chance you will go in an infinite loop and get stack level too deep error. To avoid this, you clearly need to know what you want to do, what is the next step for function and, more importantly, what is the stopping condition/point. For me, the ending point was the hardest part while I was learning the LISP programming language.

As you can see, I have condition check for n which would decide if it is stopping point or next function call (n – 1). What recursion also means is that it goes to deepest possible level (endpoint you decide) and goes back level by level returning value from a deeper level so you can intercept value. As useful as recursion is, it shouldn’t be used when a simple loop can do the thing simpler.

What is the minimax algorithm?

*All possible moves in this game because it is short, but in such games like standard chess it is not possible because of the huge scaling – 10^120 possible variations, so most of the times tree is being generated dynamically. 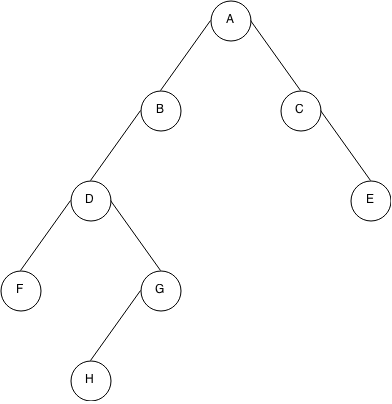 Tree generating happens by code (game conditions) itself and it doesn’t involve algorithm directly but while the tree is being generated, the algorithm starts its work by setting first nodes state(min/max). In the next levels of the tree (deeper ones) state is based on previous levels state (opposite of it).

If we set the first nodes state as min, next level nodes must be the max, after that level, min and so on. 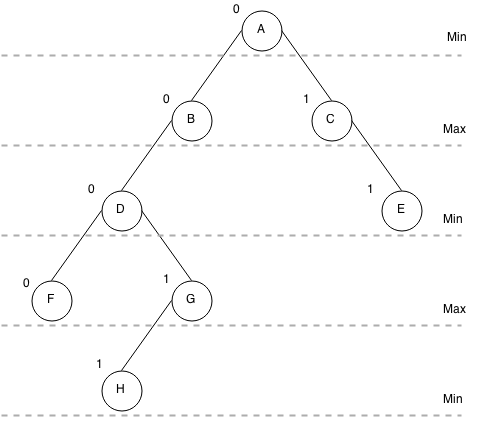 While the tree is being generated, the algorithm is searching for deepest level, when found, it sets that nodes rank (0/1) based on nodes state. If the state is min, the rank will be 1, if max then 0. After that, tree generation continues by backing up one level (because of recursion), algorithm checks if there are all child nodes with the rank set (which means it is looked), if so, the algorithm sets rank based on state (min/max). If there are any child nodes without rank set, the algorithm follows tree generation process (it will go deeper due recursion), and repeats itself. When all those children have rank set and algorithm is a point where a parent has 2 or more children, it chooses rank between children to rank values based on current levels state.

Let’s do this step by step: 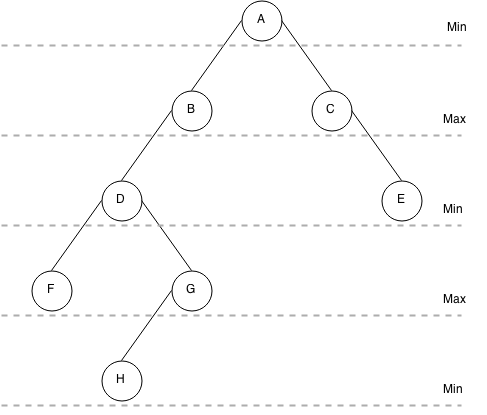 When all that is done, the first node should have 0 or 1 as rank. Based on that rank, the computer will determine the best move in each position.

For this blog post, I’ll be using reduced and cleaner code as it was for the actual game. The program will consist of 3 files:

Write ruby main.rb, where you have to save main.rb and output, should be the same as this: example output

Well, this example isn’t completely playable because it doesn’t have the functionality. I won’t be talking about that in here, but if you wish, you can visit GitHub page and download little bit messier and undocumented full code.